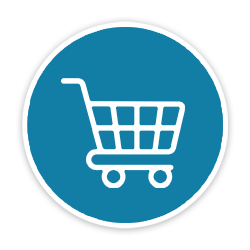 “Imagen de chile” distinguished Solubag, whose idea is sold in America and Europe

THE SECRET OF SUPERMARKET BAGS DISSOLVING IN WATER REVEALED

To innovate and be successful in the market, it is not always necessary to invent the wheel, but sometimes it comes from taking something that already exists and applying it to another area. That was what the partners of the Solubag company did, who, to create the dissolving supermarket bags, took a material that already existed for another use and in another industry. That material is polyvinyl alcohol, which is used in the pharmaceutical industry to make capsules for some medicine.

The company was awarded this Tuesday by Imagen de Chile in the SMEs category, during the workshop “Building a brand in times of pandemic: how do we prepare for the post Covid-19 era,” organized by said institution (see box). At the event, the Colun cooperative was also awarded in the companies’ category. “Solubag is an example of Chilean talent and, through their innovation, they are contributing to the image of our country. They embody the values ​​that we want to highlight from the Chile Brand; the origin, entrepreneurship, quality and commitment to citizens,” says Constanza Cea, Executive Director of Imagen Chile.

Now Solubag has announced the creation of face masks. “The problem with conventional ones is that they don’t disappear and remain there as a source of contagion. Ours disappear,” explains Patricio Cabezas, one of the partners.

The idea of ​​using polyvinyl alcohol from medicine capsules to make water soluble bags came to the partners while developing a detergent based on the same material.

“We had known about the material for a long time, because we had worked in the plastics industry and, just at that moment, about six years ago, municipal ordinances began to come out in Chile and in the world that forced the elimination of plastic bags. So, we said why not use that material to develop bags,” says Patricio Cabezas, who together with Roberto Astete, Cristian Olivares, and Alejandro Castro are partners.

“The technology with which it was manufactured was very expensive, and what we did was create a recipe, adding other components, so that this material could operate with the machines that made conventional plastic bags,” adds Cabezas.

The first product they developed was a plastic grocery bag that dissolves in water, which was highly successful. The material structure of polyvinyl alcohol is composed of carbon, hydrogen, and oxygen. Hydrogen and oxygen in alcohol join with hydrogen and oxygen in water and only carbon remains, which allows dissolution,” explains Cabezas.

From the supermarket bags, others were added to collect the dog waste, which can be flushed directly and now with Covid, there are face masks and laundry bags that dissolve in water.

The problem with conventional ones is that they do not disappear and remain there as a source of contagion. On the other hand, ours disappear,” says Cabezas.

The innovativeness of the solution earned Solubag great exposure in Chile and in the world, with which the business expanded rapidly. Today Solubag exports to Mexico, El Salvador, Costa Rica, Panama, Paraguay, Peru and Argentina. Solubag also sells in Europe, where they have a center in the Czech Republic from which they export to the rest of the continent, in addition to being in China. Currently, according to Cabezas, they are in the process of entering the United States.

✕
Send this to a friend